I’m a natural born saver. When my kids were born, I naturally wanted to teach them to be good with money. However, like many good parenting intentions, disaster struck when I tried to put it into practice.

We have always been really open with the kids when it comes to money. We discuss family finances with them and regularly share how we manage our budget. So when number-one child started to get pocket money, I knew there would be some ups and downs but I was confident we had set him up well to use it wisely.

That couldn’t have been further from the truth!

The $1 a week allowance seemed to be burning a hole in his pocket and all his 6-year-old brain could do was think of what he could possibly buy with it. The only way to get him to save it for more than a week was to keep him away from any shop offering anything that cost less than his total wealth.

As I despaired over my failure as a financially prudent mother, help arrived from an unexpected quarter. Unlike me, my husband falls more into the natural-born spender camp, so by mutual agreement I play the role of financial controller. But it was him who came up with an idea that ultimately turned around our little money-burner.

His idea was simple. We would offer up $50. To get hold of the $50, all number-one child had to do was save all his pocket money for a year. It would be fair to say I was dubious. First off, $50 bucks! I wouldn’t have even offered up a tenner!

All I could think was…a year is a long time for a kid that young…allowing him to spend nothing would be too restrictive…he would just return to old habits at the end even if he did make it through the year.

A year is a long time, but it was broken up by weekly milestones. As pocket money went into the piggy bank, watching it fill up became rewarding. Some birthday money from a kindly grandparent gave him the dopamine hit of buying something along the way, so he wasn’t totally ‘deprived’. In the meantime, he had a year of delaying gratification in which he learnt that by delaying the gratification, the desire fizzled out along with the latest toy fad.

Well – most of the time! 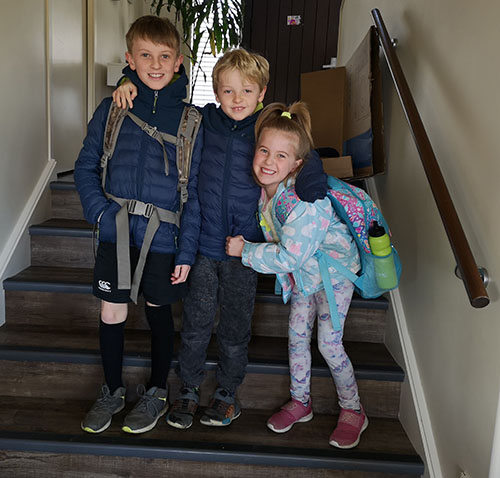 At the end of the year, as he proudly clutched a $50 note plus $52 of saved pocket money, we silently held our breath. What would his next move be? Of course it was to the shops! But it was to buy something he had wanted for a long time. And he didn’t want to spend all of his money. He wanted to save some. Hallelujah!

He’s now 9 and progressed into a serious little saver. He still spends money from time to time – but it’s always considered. He takes his time to really think before spending and saving is his default. It’s probably the best $50 we’ve ever spent.

Right now we are doing it all again with number-two child – at his request. And I can’t help but think there is something to it. Despite having a totally different personality, so far he’s tracking the same and I think it boils down to two things:

1) The carrot of such a substantial amount of money – it got him motivated and hooked.

2) It’s forming a habit – saving is a habit and like all habits, once they're formed, they tend to stick.

In time, we’ll know if it will be another $50 well spent.